Hello,
once I changed the science packs for 0.15, I had to do a playtest to have a feel of how the changes affect the game.
I finished it just before writing this post: 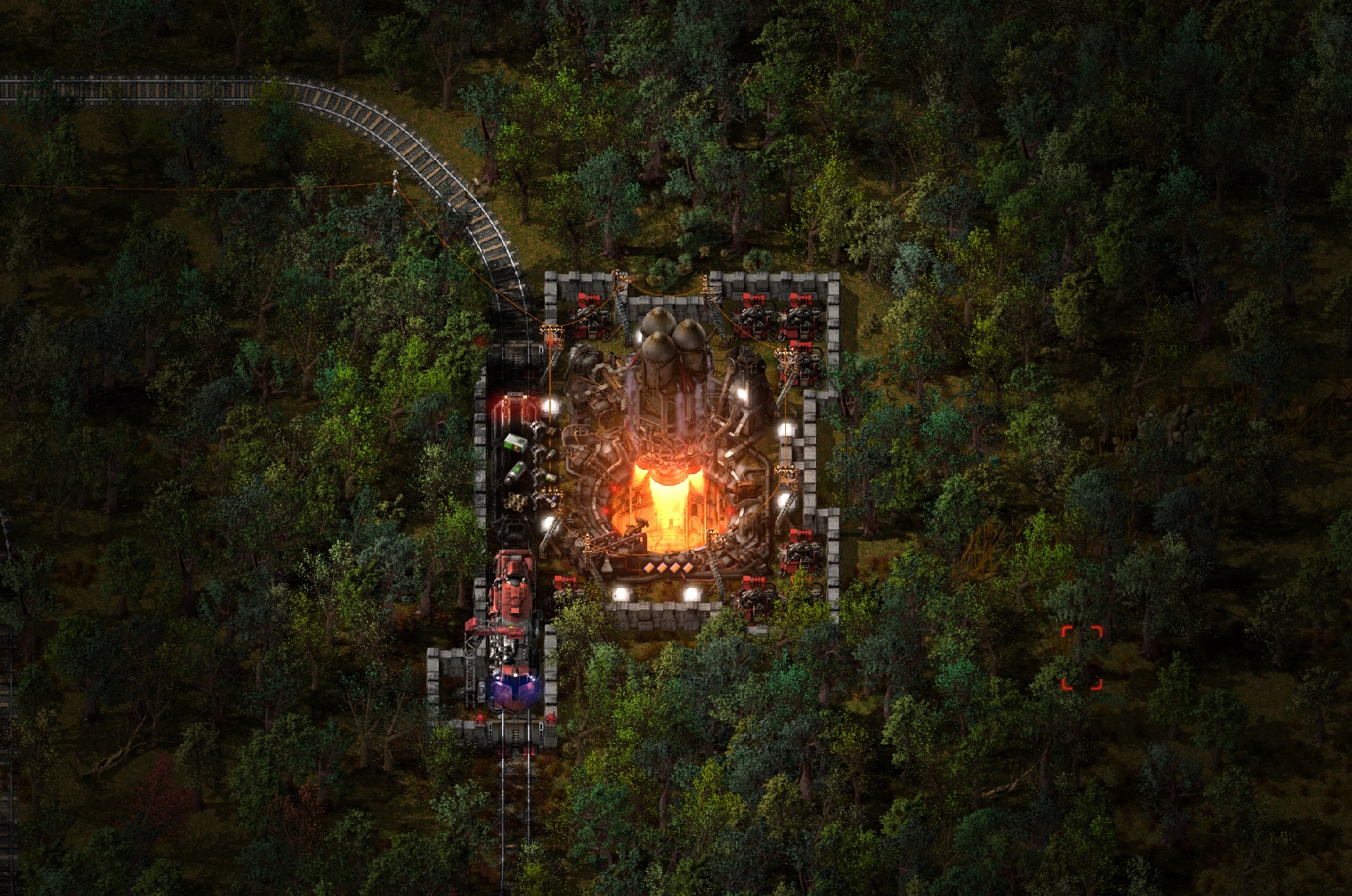 This was the first single player playthrough in a long time, so there was a lot of new findings. I also enjoyed all the new features, like blueprint book, auto trash, train conditions etc. These were little things but they helped a lot.

The game took me 46 hours to finish. I didn't hurry too much, but it is still quite a long time, considering I played the game several times from start to finish already.
It is not always so obvious to me when we are doing little iterative additions one by one, but when playing from start to finish, there are a lot of things to do. I like the moments when I have dozens of improvements to do and I need to choose the most important one for the moment. The complete change of playstyle in different phases of the game (Burner → research → mass production → trains → multibelt setups → construction robots → even bigger mass production → automated delivery → modules → multi platform stations → rocket) felt right. The overall feeling was, that we shouldn't add much to the game content anymore or it will become too complex and big for the newcomers. This means, that when we add nuclear power, dirty mining, and a few little things, that will be it for the vanilla part of the game. We can still do the expansion pack with additional stages of the game and space exploration later, but that is a different story. The additional complexity will have to be optionally available via modding, this is why we have the native mod support.
There are still a lot of things to be done even if we don't want to drown the player in features, like optimisations to make bigger factories run smoother, as a big part of the fun comes from organizing logistics of huge quantities.

Finding 2 - The effects of research changes

The higher tiers of the research were more expensive and slower (compared to the current 0.14) which I believe is a good thing. Choosing what to research felt more important and as things were unlocked slower. I had enough time to go through almost all the stages of the military options as the game progressed, which felt right.

Finding 3 - the most needed changes

The best way to improve the game as I see it, is to minimise the annoying parts of the gameplay.
This is the list of changes for 0.15 I decided to do based on this playthrough:

Finding 4 - The interactive tips and tricks is a must

There are many tricks and shortcuts in the game that make the gameplay so much easier. As we don't want to overwhelm the players with huge tutorials in the start, we need to teach them those as the game progresses. This would be done by the little interactive tutorials that would unlock only when it is relevant. Something like this:

As the tricks would be given to the player in small doses as he plays through the game and mainly when the player is probably just about to use it, we might add lots of these without the fear of overwhelming the player.


As always, if you have any comments or otherwise, please let us know on our forums.