Hello,
the bugfixing period boringly continues, we got down to 159 active bug reports, so in few weeks we should be finally down with this burden. But at least the graphics department has something new to show:

After some time working on the redesign of the chemical plant, we can finally show the results:

In the old version, we had the problem of not being very clear when the chemical plant was working or not. So apart from the style modernisation and high resolution, this redesign was aimed for solving this readability issue. As an addition, we tried also to be very clear at the time of viewing what kind of chemical recipe the plant is processing.

Finally we came with the solution of adding a big window - pipe style - showing the moving liquids inside with the tinted color, and also adding a chimney releasing smoke when the plant is on.

As you can see in the animation above, the smoke is also taking the tinted color of the processed chemical, so it should be crystal clear what it’s going on now with this entity. This tinted smoke is very experimental, and we need to make more testing before releasing it, the point is to avoid a too colorful pollution, but in terms of concept I find it 'very chemical' having colored smoke, which could fit perfectly with the subject.

Here you can see the four rotations: 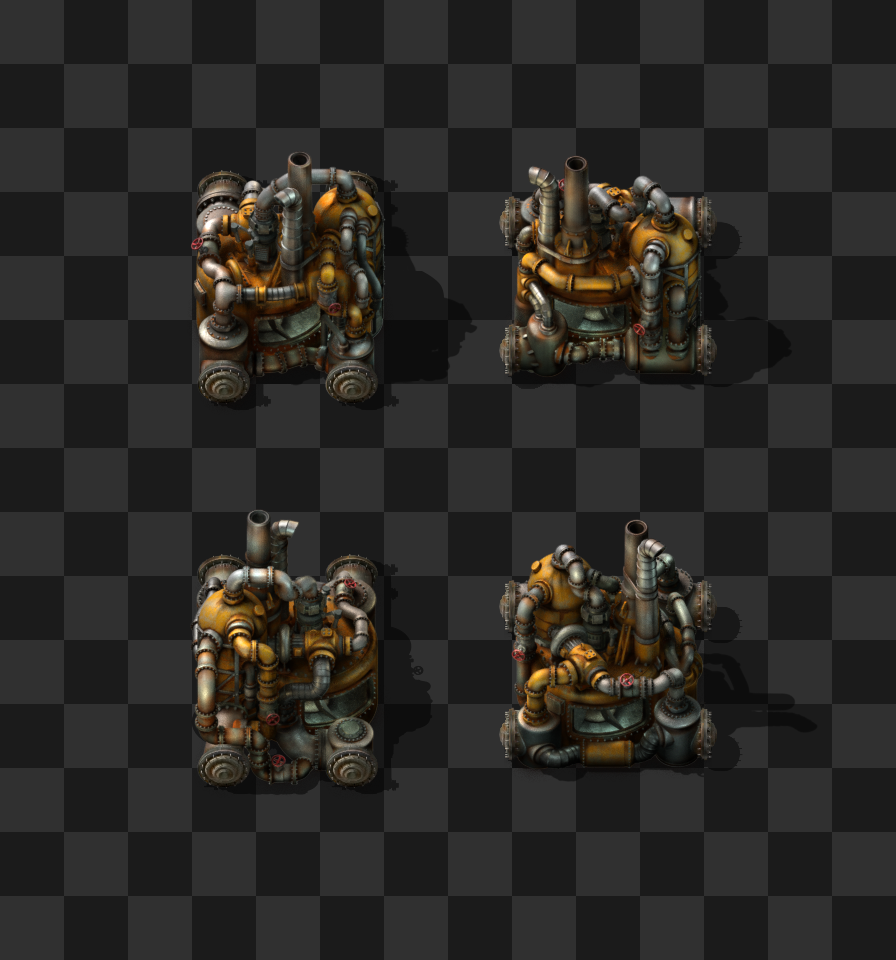 Factorio wouldn’t be Factorio if the things would be easy as "rotate the model in 3D and done". Due to readability requirements, camera perspective, and interaction with any other entity in the game, we have to recompose the entity for every rotation. That’s why even rotating the entity 90 degrees the window remains at the front, and the chimney at the back. Basically every rotation is like a new entity that tries to look like its other rotations, but somehow rotated (!?).

We truly believe that this new design is going to be a good improvement for the game. Slowly but steady, Factorio is getting to its 1.0 release.