the Friday is here much sooner than expected as always. Albert just arrived back in Czech republic yesterday, so the team is localised again. Albert met with Pavel, the graphics reinforcements of our team, for the first time and it seems that they could get along quite well, so we can call these two our graphics department from now on :)

Last Friday, we reserved a week to remove most of the reported bugs, so the experimental release of 0.10.0 would be playable. I estimate that we solved 30% of the known bugs in this time, so I expect at least 2 more weeks to make the 0.10 stable. But the critical ones are solved already, so the release happens today as promised. To avoid unnecessary file transfers, we decided to do an experiment. We will provide the new version only through the updater until Sunday, so people are motivated to use it instead of downloading the full game.

Replays are enabled in the 0.10, they are quite stable now as far as we could test it. There is one small problem, that from time to time, some of the biters are off by 0.000000000000001 tile in the replay, so there are still some small fixes needed. As we also have the map exchange string to share the same starting conditions and the map generation seed we could finally combine it with the replays to start some small competitions on the freeplay, watching replays of other people playing might be interesting. The limiting factor is, that replays are always only usable when the game was played from start to finish in the same Factorio version with the exact same mod settings. This limitation is there by design and it won't be fixed, so it will be better to make replays in the stable versions of the game.

I have been reading the Czech computer games magazine called LEVEL a lot when I was younger, dreaming to have my game covered there one day. This became reality as we were asked to do an interview. We also gave video interview for other Czech gaming site called games.cz, it is not online yet, but it will be the first video where you can see us talking, although it is in Czech language. This was new and interesting experience for sure.

The analytics of the visits of factorio.com for the last month 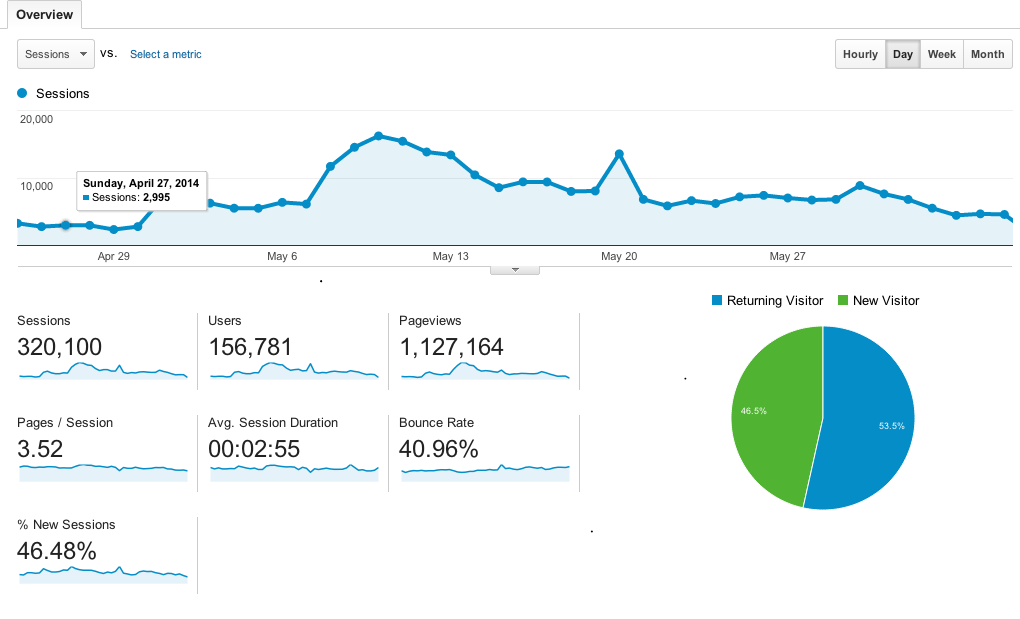