On Monday June 18th, we marked the last version of 0.16 as stable. There were no major problems, so now we are almost exclusively working on 0.17. Work on 0.17 is progressing well:

Oh, and our coding always goes as planned without any problems.

With every major version of Factorio, we work on improving the Lua API and modding support. In 0.17 I've been looking at cleaning up my back-log of things that I've wanted to implement for quite some time but never got around to. Things such as:

And in general looking at "hacks" that mods are currently doing and seeing if it's reasonable to make the game support what the mod was trying to do in a non-hacky way. Bilka and I have been going over the Mod Interface Requests section of the forums and cleaning it up; implementing things that make sense and taking care of outdated or won't-implement requests. Time and time again Bilka will ask "why can't I do X with a mod?" and the answer is almost always "because nobody asked for it so nobody added support for it". So with that said: if you're a mod developer and think the mod API is lacking something feel free to stop by the forums and ask for it.

A few weeks ago Demod was showing us some 3D printed belt keychains he made, and mentioned he wanted to send some to us. I showed it in our team slack channel and many us wanted them. A lot of 3D printing later, he sent us a nice package with gifts for most of us. 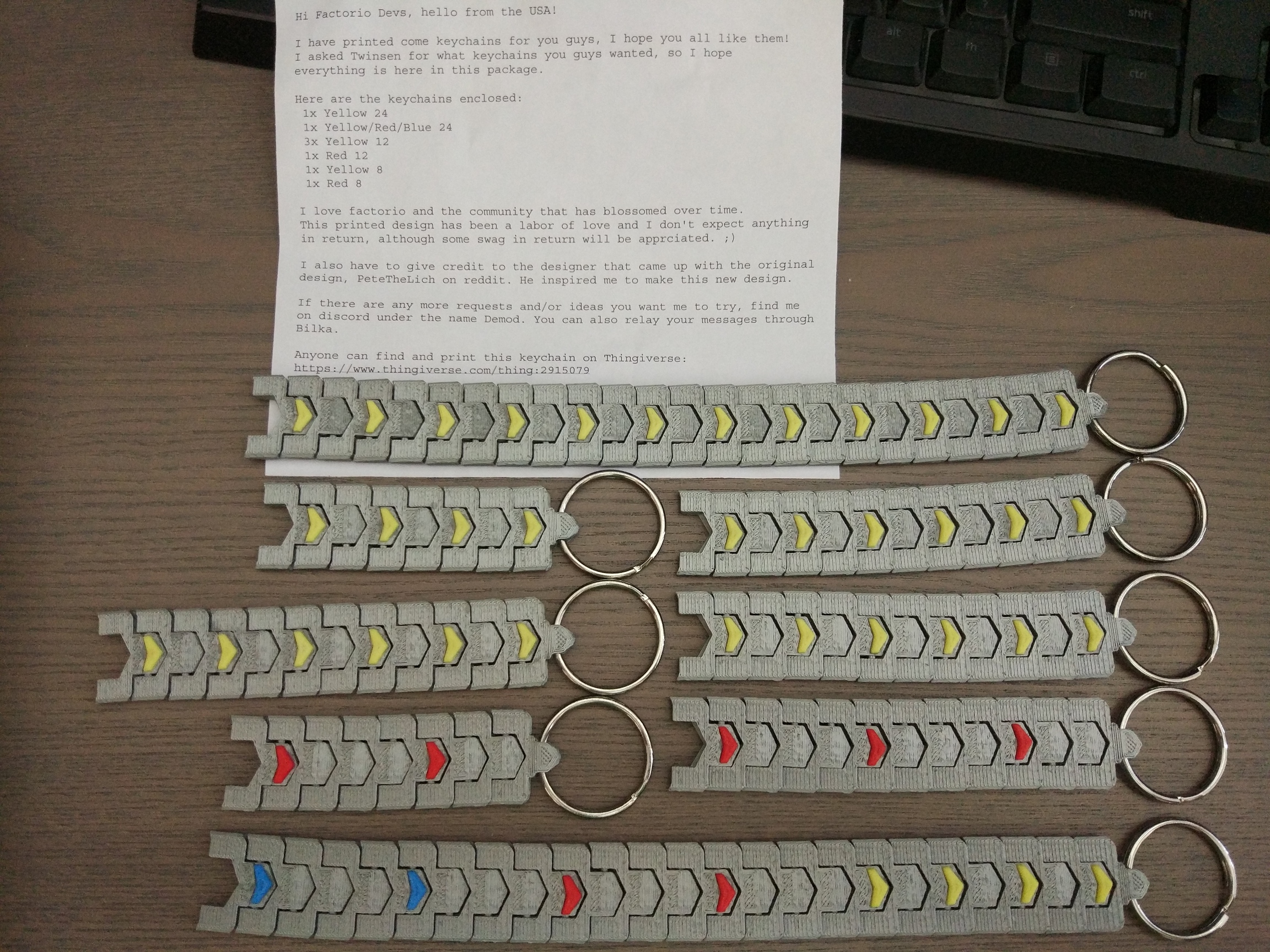 You can't receive fan mail without receiving some hate mail. We also received an anonymous package telling us to "eat a bag of d*cks", along with a bag of tasty gummy d*cks. The truth is I know who sent it and it was just a small practical joke. They were trying to show their frustration with the matching server in a friendly-funny way. We thoroughly enjoyed shoving them down our throat. 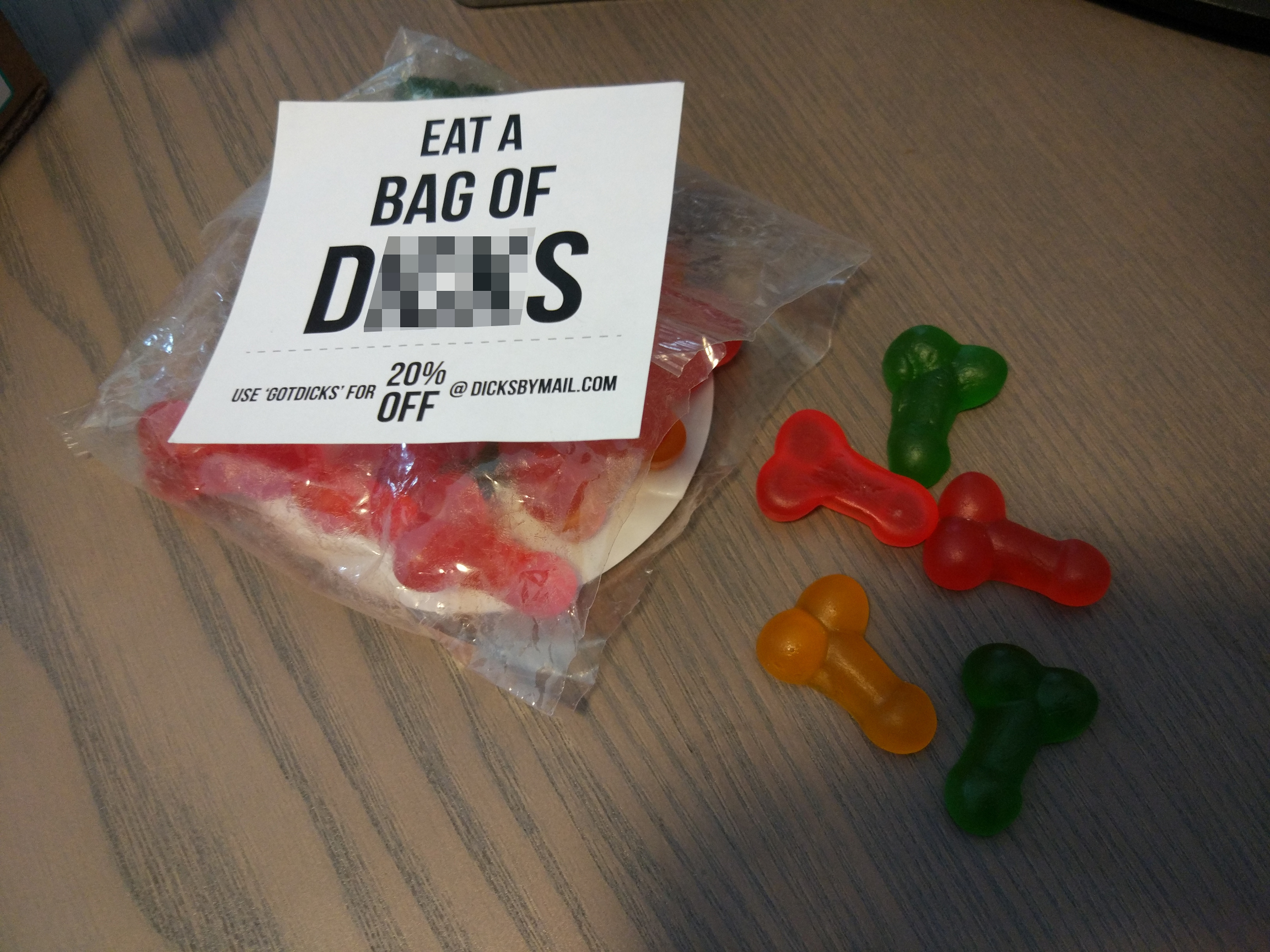