It was 11 months ago when we first mentioned the new Character GUI, in FFF-289. After all that time, it's finally getting ready. Since you can expect to see it released sometime in the next 1 or 2 weeks, we would like to present a quick recap of the features and changes, and some real in-game screenshots.

The Character window is now split into 3 tabs. Logisitcs and auto-trash were moved from the central frame into a tab and a new tab called Character was added. Using inventory/stack transfers in the player inventory will transfer the items either to weapons and armor slots or to trash slots depending on the selected tab, regardless of item type.

Logistics and auto trash are now merged into 1 panel. Using a double slider you can set an interval. If you have less than the first value, robots will bring more, if you have more than the second value, extra items will be auto-trashed and taken away by the robots. The double pop-up and extra confirm might seem strange, but it's made this way to solve the problem of robots bringing you items before you finished setting up your request.

With the merging of requests and auto-trash, we also made it so you can now set an unlimited number of requests, regardless of research. Furthermore, everything is unlocked in one research: unlimited logistic requests, auto trash, and 30 trash slots are all unlocked by the "Logistic robotics" research that is at blue science.

Searching now not only searches the recipe GUI, but also the inventory and logistic requests.

Since the recipe GUI has a new style, we also updated the look of the filter, item, circuit signal, and upgrade selection GUI styles. Some of the other GUIs in the game will have some visual issues due to the mix of old and new styles. My next step will be to fix these issues as soon as the Character GUI is released.

Looking back, this GUI took 13 months and 3 programmers (working alternatively) to implement. This is excluding mockups and UX design. It's a long story, but one thing that's obvious is that the GUI scope has grown far beyond what our codebase is capable of. For this reason, we won't be focusing obsessing that much on the GUI in the future. We will finalize the transition of styles, fix obvious issues and low hanging fruits, and try to get everything at a consistent level of quality for 1.0.

This new Character GUI and changes will likely affect some mods, especially those relying on logistic technologies, logistic slot related APIs, old style definitions, etc. Thankfully a lot of mods will be unaffected, so we hope it won't be too much disruption. Still, we wanted to give some forewarning.

Over the past two weeks, an overhaul mod called Krastorio 2 has been going through closed alpha and beta testing. Krastorio 2 is an overhaul mod that aims to provide a vanilla-style experience with an expanded post-rocket game and updated recipes. The mod will be released later today, so I wanted to take the opportunity to spotlight it. 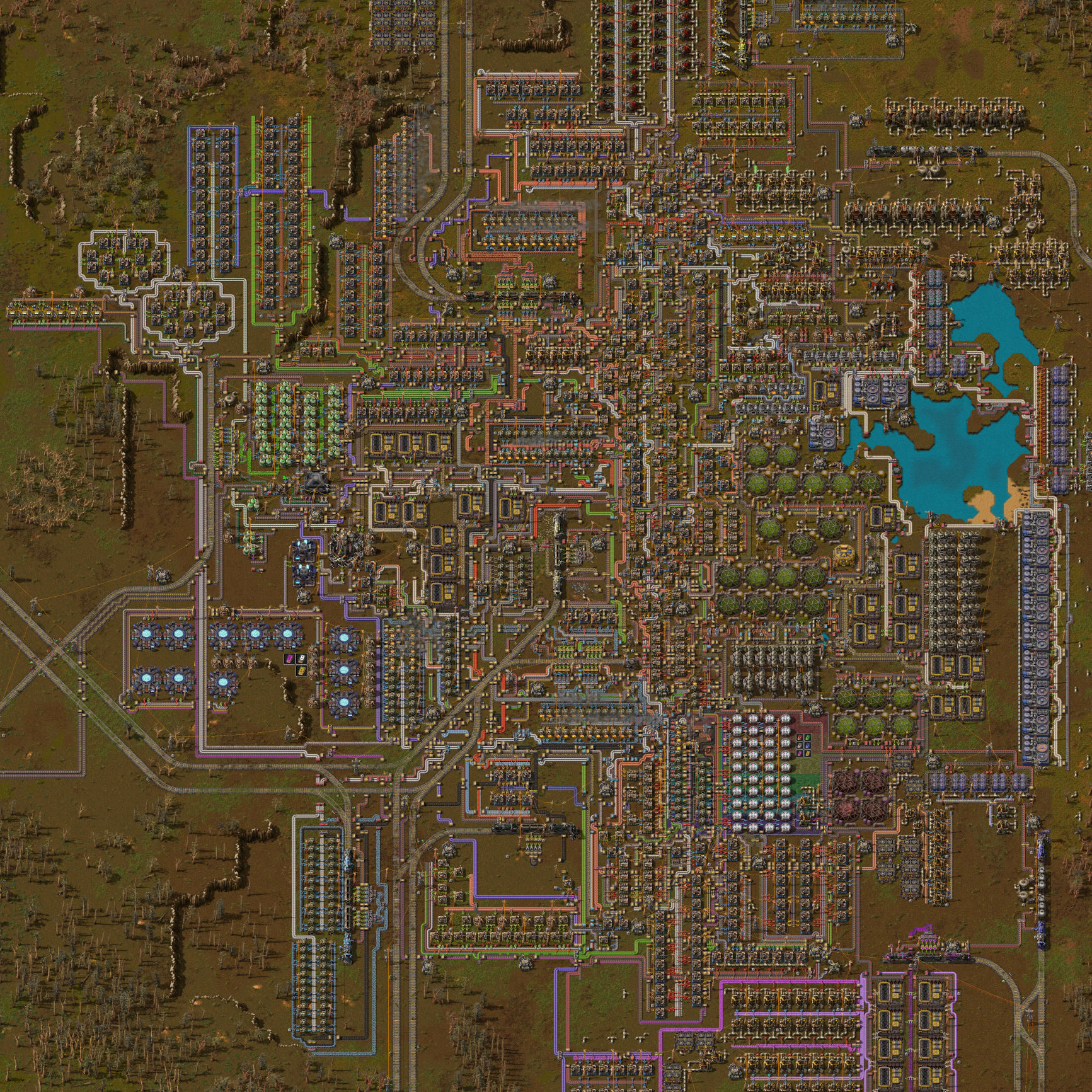 My factory, grown over the two weeks of testing, showing off the custom mod graphics.
Click to view full resolution

The mod changes almost all recipes without introducing many intermediates, making it close to vanilla while still being a new experience. One of the bigger changes is that late-game technologies do not require the starting tech cards (science packs). Combined with the tech cards mostly needing intermediate products, you can reroute the ingredients of the tech cards into other production as the tech cards become obsolete. 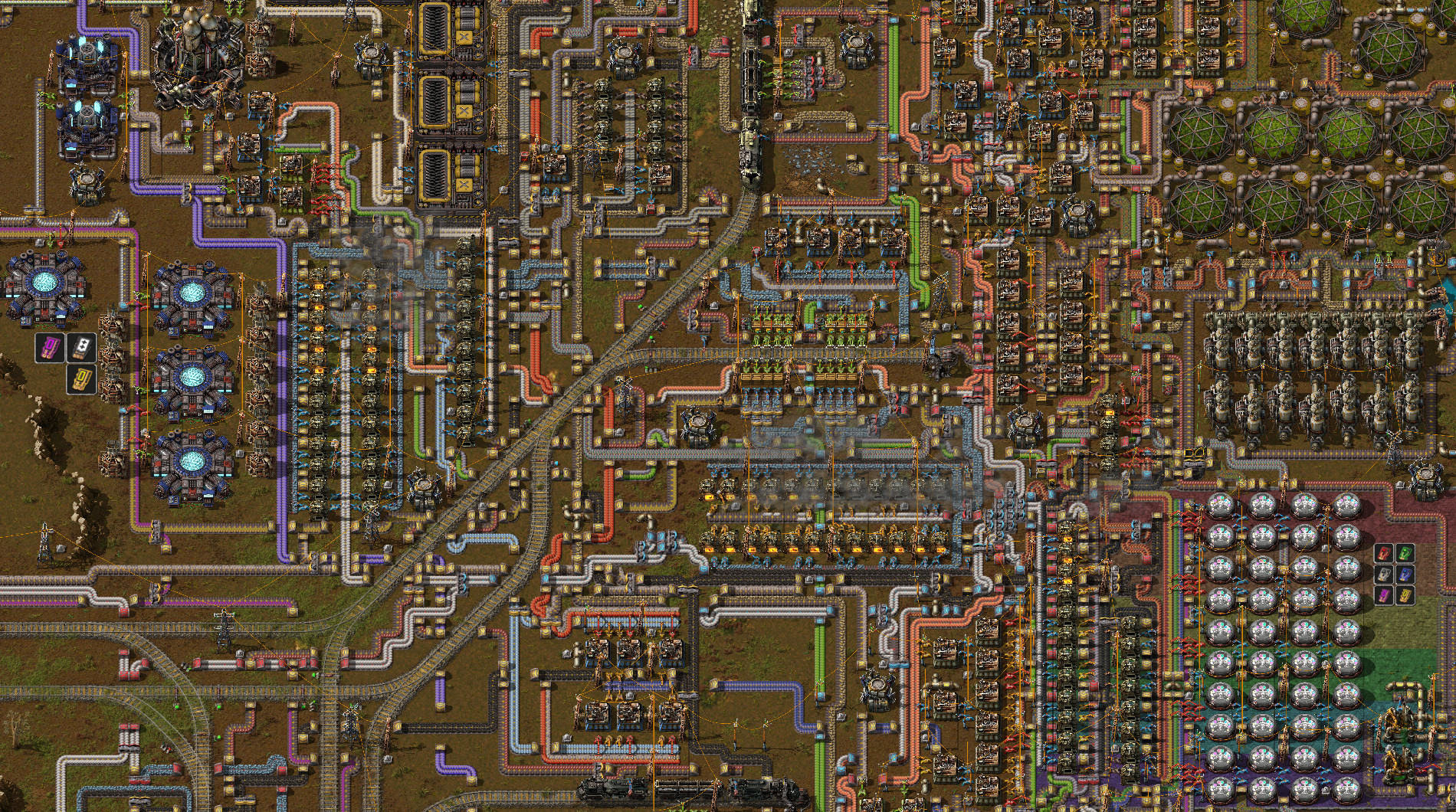 Post-rocket tech cards are consumed in the lab area on the left in the image, the pre-rocket tech labs stand disused in the bottom right.

The biggest feature of Krastorio 2 is that it adds a significant amount of content beyond the rocket launch, including a new win condition. After automating rocket launches there are three more tech cards waiting to be researched, two new resources waiting to be harvested, and many more useful items to be crafted. All that production and the win condition take a significant amount of power but thankfully the mod adds an effective power generation option to fulfill the factory's needs. 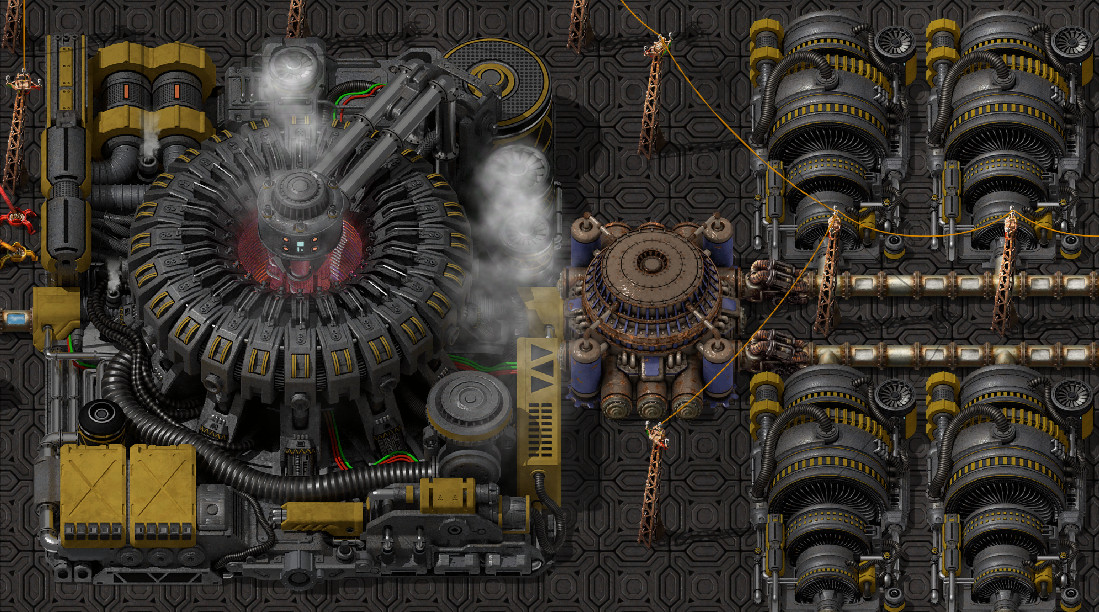 All in all, the mod can be described as a great mix of updated recipes and fresh mechanics that are kept in line with vanilla. This means that the mod is not as overwhelming as overhauls that really focus on certain mechanics such as many additional resources, fluids or intermediates. Instead Krastorio 2 strikes a great balance between old and new. The mod has many more features that I did not mention here; so if I made you curious, check out the mod for yourself and have fun playing!