The full crew seems to show its results in its bug-fixing struggle. The working version of 0.11.16 contains historically biggest count of bugfixes and counting. We wanted release it by the end of this week, but it apparently needs more time as we always find some new problems when we test the multiplayer with more people. But the fact that we already managed to have less than 30 (relevant) unresloved bugs on the forums, and the fact that the multiplayer feels more stable every day makes us feel, that the hardest time of the stabilisation period of 0.11 might be over soon (TM).

We are discussing the details of the endgame goal these days. One of the nice inspiration is the story adaptation by one of the players. The direction we like the most is, that the player builds his rescue ship on the orbit in similar fashion as in the space run, so it can fly to some rendezvous location where the colonisation ship is waiting in some kind of hibernated state. Once the rescue ship reaches the colonist ship, the colonist will move to the rescue ship. The rescue ship will contain designed colonist modules, so the amount of colonists the player can rescue is dependent on the count of these modules. Then the ship has to travel back. It can encounter different kind of threats on the way there and back, and it needs to be self sustainable. It needs to gather materials needed for the engines and repairs.The gathering will be done by some special "catching devices". We also like, that keeping the colonists alive on the way back gives us freedom in the complexity of the mission. Whenever we feel it is not complex enough, we can add different kind of things the rescue ship needs to process to keep the colonist alive.

One of the additional possibilities is that by failing with the rescue ship, you get some kind of "space technology points", that can be used to obtain advanced space ship components or upgrades. This would motivate the player to trial and error, instead of the infinite reloading until you make the proper ship on the first try.

The work in progress off the rocket launch. These rockets will be used to transport the building materials for the rescue ship on the orbit. 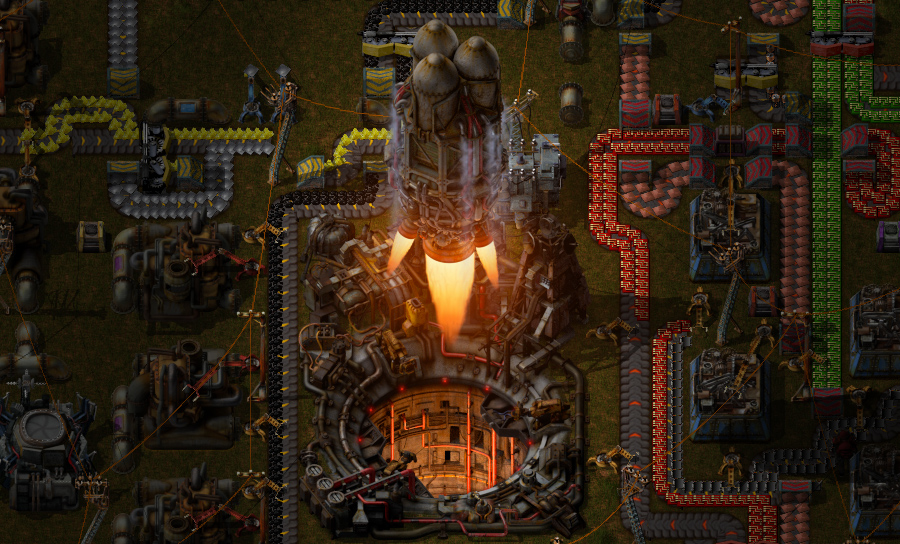