Friday Facts #91 - Being the evil guy

Hello,
I was peacefully writing the code when suddenly, I heard the sound of gun being reloaded. I gave a quick glance at my own gun. Yes, it is not loaded, of course. So I took cover under the table to search for some lost ammo. I needed to be able to return fire soon. Long story short, our nerf guns package arrived this week, and the office looks as a battlefield these days.

Being the evil guy

We are really not on the schedule of 0.12 preparations, and the nerf guns are not the reason. I believe. This week was supposed to be the week of solving the "Forum Bugs" , but we are mostly finalizing the features we made in the past weeks. So we are one week late already. Lots of small things popped and we needed to solve it all. The problem is, that I'm the one who created the timetables, so I I'm the one responsible. This means, that I have to say "no" a lot these days. Basically all the small ideas for improvements or features need to be put aside. This is really hard sometimes, as the one little thing wouldn't really hurt, but all of them at the same time would. What does it mean? Don't get me wrong, 0.12 is still going to be the biggest release so far, but we really need to stay realistic and avoid over-ambitious release plans.

We were wondering why is Factorio eating so big amount of ram. We made investigation and we found out, that the graphics library we use is using 2 versions of memory bitmap backup, which isn't really needed (one is enough). We made a hacky change/fix in the library and running Factorio now requires 500Mb less, which is around 40% reduction. The effect will be even bigger with graphics intense mods installed.

The work on the trees I talked about a few weeks ago is taking shape. The partial destruction of the forest from the pollution can be seen in these comparison images. We have plans to go further, and let the decoratives and terrain to be affected as well, but it will have to wait for future releases as well. 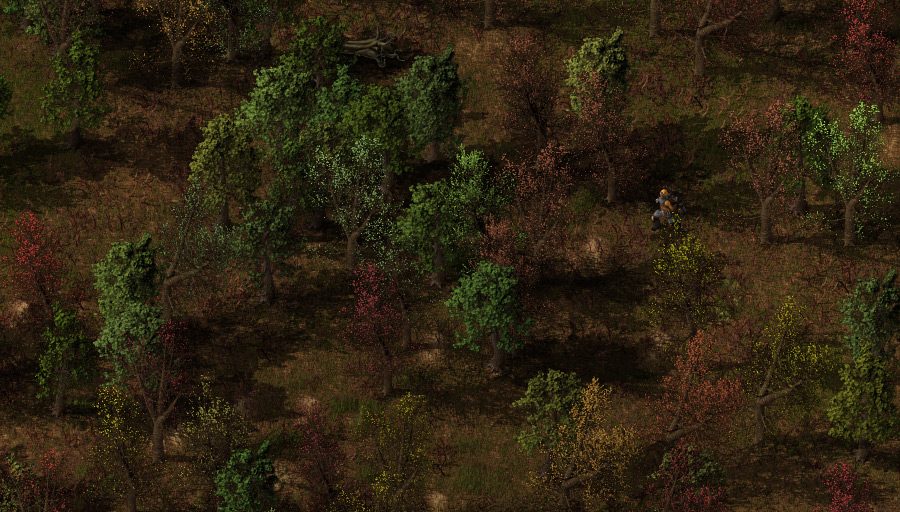 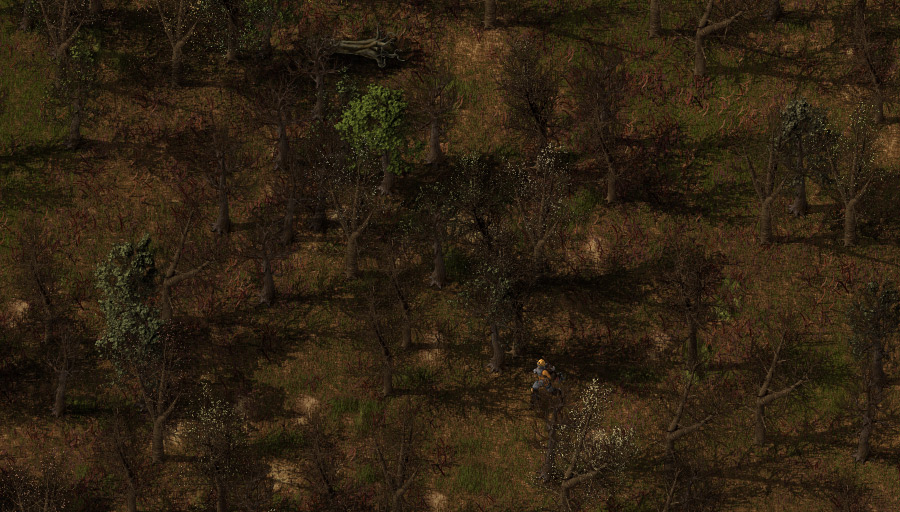 As always come to our forums and let us know what you think.