TLDR; We have released a new version of the Introduction campaign to the Experimental branch. If you are following the campaign development please play it again and send us your feedback.

My previous post on tutorial design is most likely required reading for this post. Please see FFF-284.

In general, the Introduction scenario has been very well received. Feedback has been flooding in, and it has been very useful. Receiving screenshots from all of you has been great. We are mostly happy with the state of the gameplay, and it seems to be having the right effect on new players.

When 0.17 moves to stable, there will need to be a new version of the Demo. The Introduction scenario was always planned to be the Demo, but there are still some sticking points we want to address.

Back in FFF-284 we discussed a plan to promote new players to use belts. This solution worked very well during focus testing when the target points were Underground belts instead of Loaders. Even once we changed the targets to Loaders, players still built belts, but the effect was not as strong. My hope was that this could be solved when the Loaders received new art. 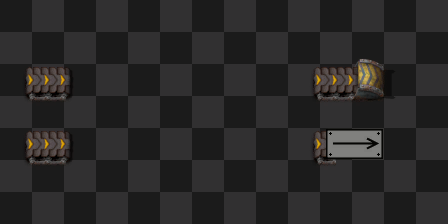 Loaders introduced a new issue which is a good example of contextual blindness. To me, the Loaders were simply a quest item consumer, conveniently placed so that after it was used, the player had accidentally set up some logistics automation. The items go in and disappear. To the players imagination, those items are being transferred to the adjacent structure.

This breaks a fundamental rule that was decided back in FFF-128 when Loaders were being considered. This rule is that there is only one way to move items between structures, by using Inserters. Even though the items were never actually transferred, and our intent was that the Loader consumes them, it is enough that the player might think they were transferred. 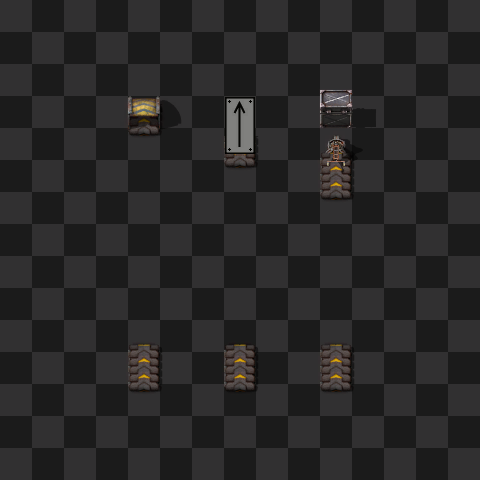 Now that Loaders are gone, we needed a new 1x1 Consumer entity which the player must use inserters to fill.

We will be releasing it in the experimental this week so now is a good time to test it and send some last minute feedback. As usual, the introduction takes screenshots of your play-through, which can be found in the 'script-output' directory, please send them to us.

There are some small tweaks we have made related to the Combat robots and Tank in this last week, and wanted to just quickly give a summary of the changes and our thoughts.

We've noticed that the tank would take a huge amount of damage when hitting rocks, which isn't really fun. This change does nothing but remove irritation, and makes it consistent with hitting trees and cliffs.

Tanks were a bit too squishy against the acid on ground, especially later in the game, where the acid of multiple types of Spitters/Worms stacks. Just some minor balancing really.

We made a change to the recipe of Defender capsules for 0.17, which was adding flying robot frames as an ingredient. This makes the recipe more complex, and critically means you need to have a full oil setup running before you can craft them. We had an intention to buff the combat robots to compensate, but this did not come to pass. A problem with needing oil to produce the defenders, is that once you have oil, a lot of much better options (laser turrets, flamethrowers) become available, and the time taken to unlock all the prerequisite technologies delays their introduction.

So we decided to revert the change, and focus more on a niche use-case of the defender capsules. Without needing flying robot frames, you can produce the capsules without the need of any oil products. This means they are accessible earlier, and can be used to fight the medium biters that start appearing around the mid-game. We also decided to buff their base damage from 5 -> 8, to make them much deadlier against the 4 armor medium biters.

The other related combat robot changes of 0.17, namely the buff to follower robot count technologies, means they might now see some more use. With all the military science upgrades, defender capsules can become quite powerful.

A small feature, but every little helps; Beams now show up nice and bright in the darkness: 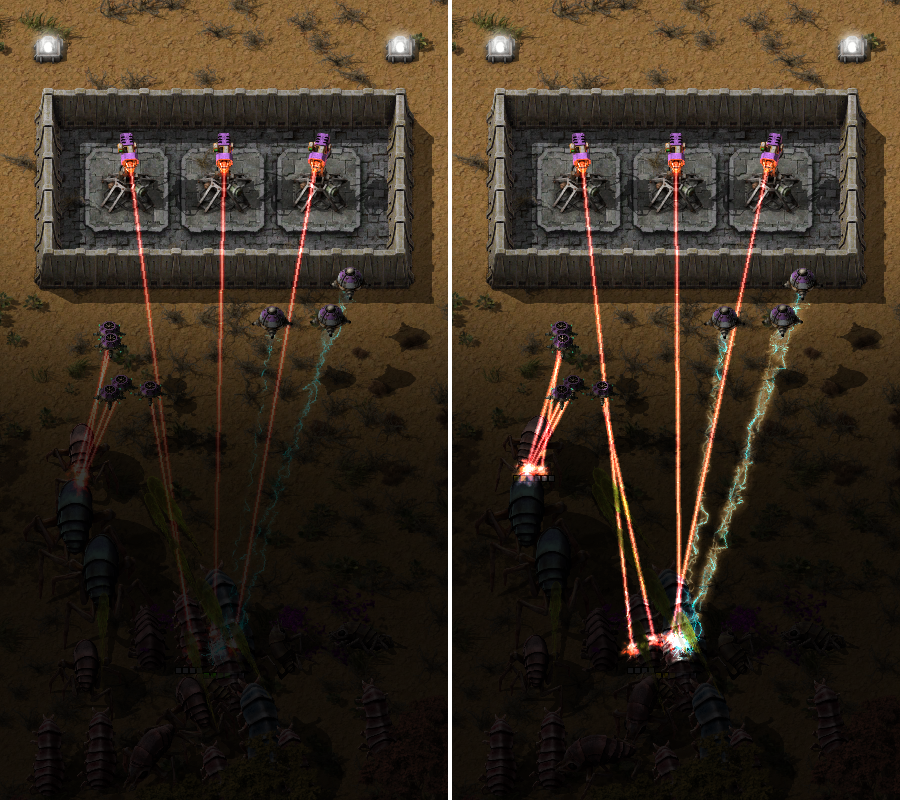