2020 is going to be quite an exciting year for us. We have our 1.0 date set to the 25th of September, and there is a lot of preparation to do.

It is no doubt to any of us that we would not be able to have any success without the great community that has developed for the game over the last years, and the support of all our players and fans.

As is almost tradition, Albert has prepared a commemorative postcard/wallpaper to celebrate the last FFF of the year. 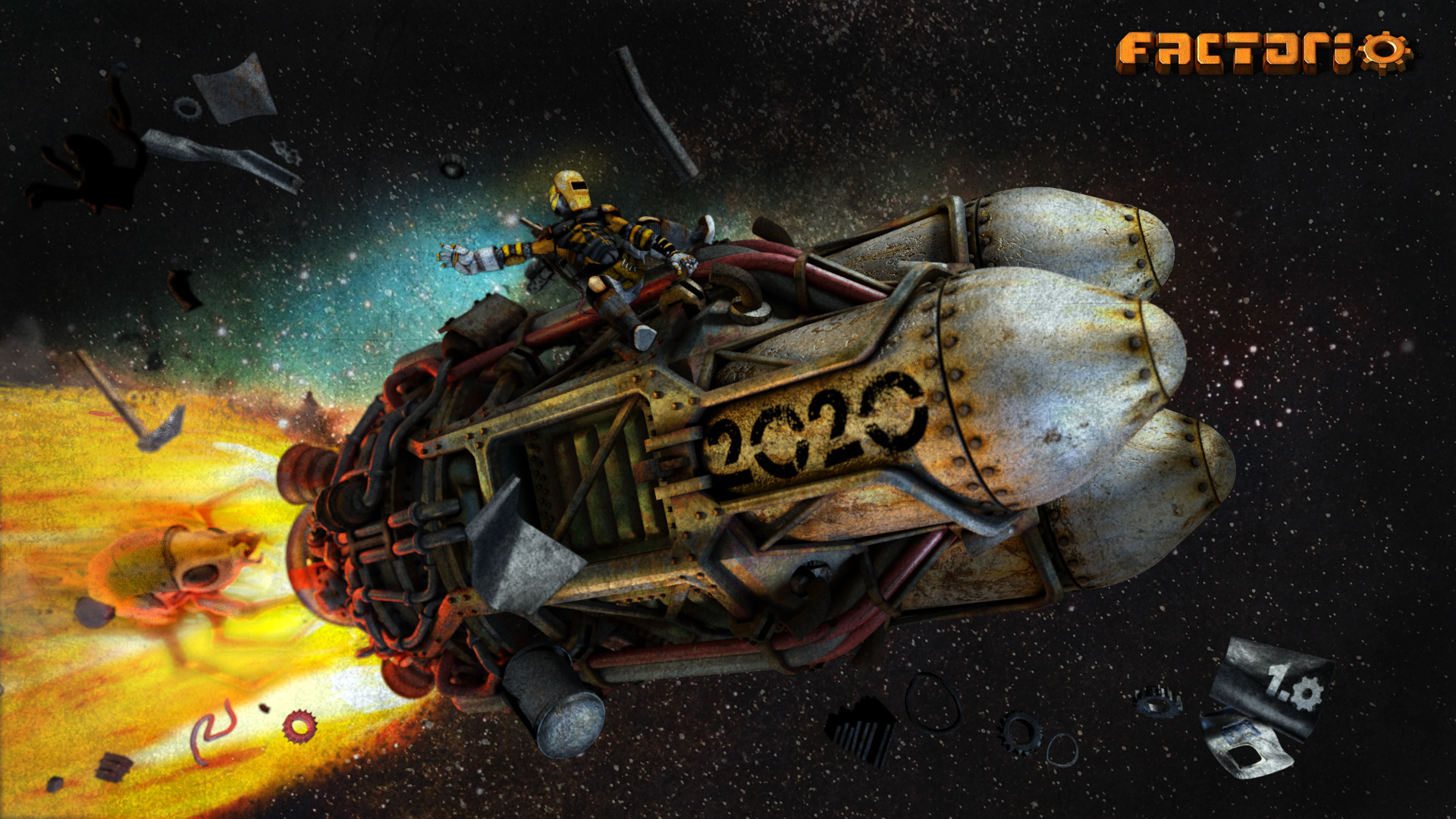 Here's to a great year to come!

I had few months of "vacation" from work by playing world of warcraft classic and generally getting some distance to be able to help with the finishing of Factorio with some perspective and a clear head. Now I have returned from the lands of Azeroth, back to work with fresh mind to finish what is needed - hopefully.

In this time, I was thinking about games in a bigger perspective. I have seen and admired videos related to game creation subject like A Love Letter to GOTHIC's Open World Design, Bethesda's game design is insulting, The decline of Gaming and the unbelievable story of the Fallout 76 fails that goes way further than I thought it can.

And then I played our new tutorial again and realized what we did. We found something very close to a local maximum. To start from the beginning: The whole goal of the new tutorial introduced in 0.17 was to explain Factorio to the wider audience. To make sure, that even someone who wouldn't normally play the game would understand the concept and would automate. The motivation was partially due to the fear of someone playing the tutorial who just doesn't automate on their own. That someone would miss the idea of the game and would had completely wrong perception about the game. For example, that someone would play it only for 30 minutes and would think it is just about endless grinding and manual crafting, and they would never experience the automation midgame which is where the game starts to shine.

This was a noble goal, but we didn't realize all the costs we had to pay for it.

To make sure that the players know how to research and use assembling machines, and they get to experience that part of the game fast enough, we had to force them to do it early on. Firstly, this breaks the progression, which is one of the cornerstones of Factorio game design. The progression in the beginning is roughly this:

The order of the progression is very important, as in every step you start doing something new that you had to do manually before, so you appreciate the upgrade. Also, when you are starting, you are exploring the game mechanics in the logical order and understand the motivation for those. This is in clear contradiction with forcing players to use assembling machines in the first 5 minutes of the game.

Long story short, there was no way of just tweaking the new tutorials, the fundament on which it was built was wrong. Luckily, I wasn't the only one feeling that way. So I had to do the very hard thing, and telling the people that worked on it, that we are scrapping it, and in 0.18 we will switch to using the old tutorials again. They are way less polished with lower production value, but these things are much less important than the core gameplay mechanics as far as I can tell. We plan to tweak several things in the old tutorials, but the structure is planned to be kept the same.

This is definitely a lesson for the future.

It has long been on the horizon, and the Christmas gift giving has given us that last push, for us to reach 2,000,000 sales. I would say its quite an achievement for a Indie game that has never been on sale.

I find it quite interesting (and not surprising) to look at the proportion of the sales that come from each of our distribution channels. As you can expect, Steam accounts for the majority of all copies of the game sold. 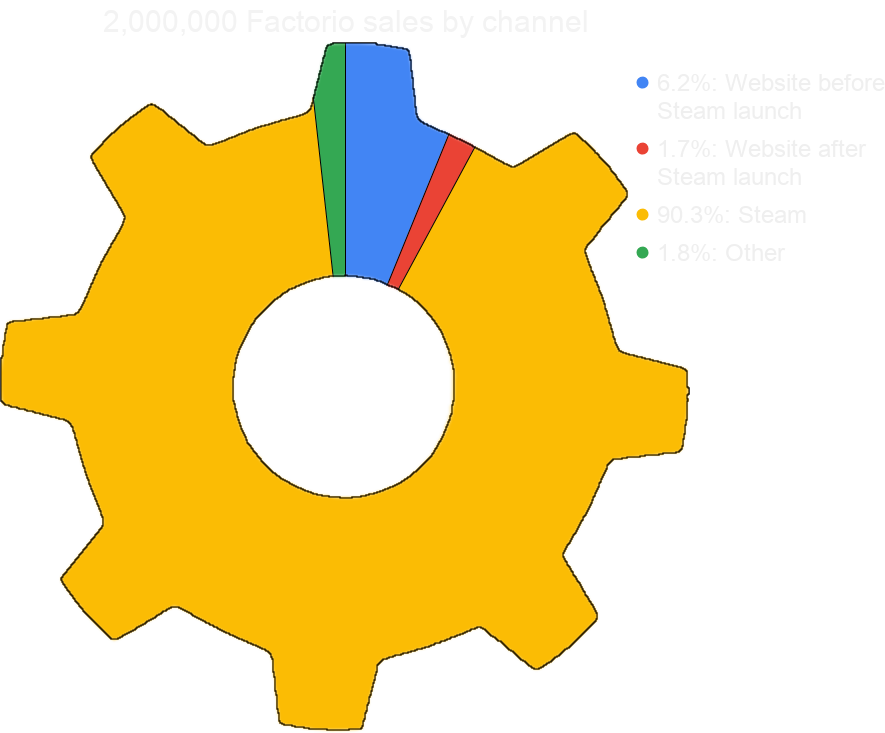 What is also interesting, is that we had a lot more sales on our site before we launched on Steam. Either this is Steam cannibalising our website sales, or just everybody who wanted to buy it on our site did so before launching on Steam. Another data point for speculating on, is that 81.3% of people who purchased the game on our website, redeemed and activated their Steam key. Factoring that into the above numbers, about 96.7% of all players own the game on Steam.

When we reached one million sales, we threw a party to celebrate. We're not going to do the same this with this milestone, but we are thinking of having a party to celebrate the 1.0 launch next year. Any news of that will of course be communicated in the usual way.